During an earlier era of horrendous unemployment, in 1934, the Mount Street Club was established in Dublin to develop innovative solution to the poverty resulting from unemployment. During the war years it had 6,000 members; they were involved in running a farm in Clondalkin and allotments in Merrion and Sydney Parade, and earned “tallies” for their work which they could exchange for food, clothing, furniture and fuel.

I’m working on a book on the Mount Street Club to be published later this year. I would love to hear from anyone who was involved in the club in the early decades of its work, or who recalls stories or other information about the club from a late relative. 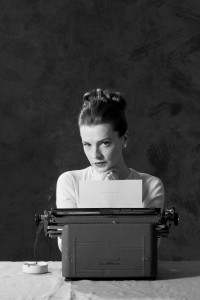 high res pic Catherine Walker in The Talk of The Town as part of the Dublin Theatre Festival. Photo a by Patrick Redmond